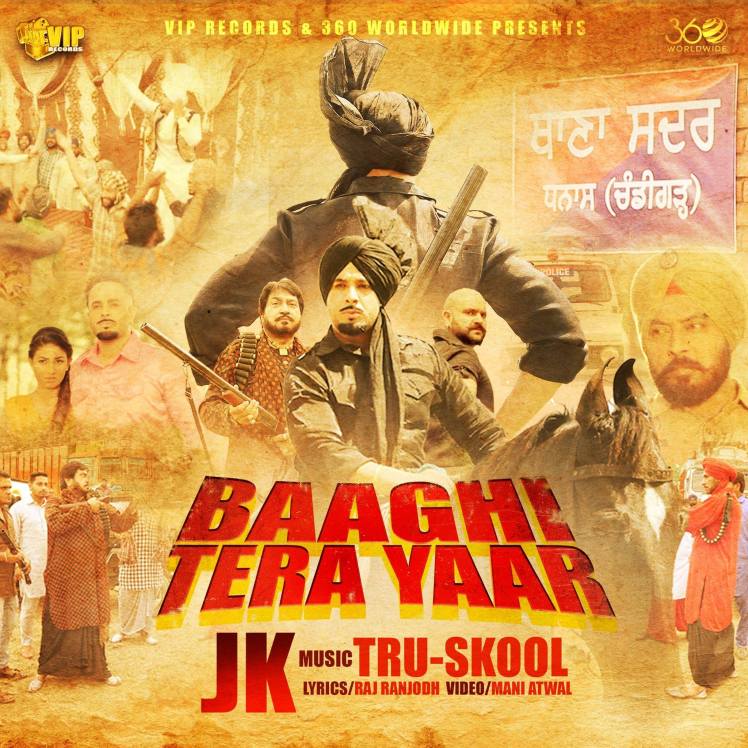 In December 2008, an unknown vocalist going by the name of JK released a track titled ‘Gabru Panjab Dha’, without any inclination of how that track would go down with the buying public. Let’s cut it short – it did. Fast forward two and a half years, and now with an artillery of hit singles to his name, JK returned with the release of his debut album under the same name. If his singles didn’t get people talking, this album definitely did. An album where no track could be considered an album filler, which catapulted it to becoming a modern day classic. Tracks like ‘Panga Peh Giyah’ and ‘JK Boliyan’ demonstrated to the public and the industry for that matter, that JK meant business.

We last heard JK on the what can be now known as the Panjabi National Anthem, ‘Puth Jattan De’, which featured Derby heavyweights: Gurbhej Brar and Kulvinder Johal, as well as the living legend, Surinder Shinda.

Now, in 2016, after a long and agonising five year wait since his debut album, JK returns with a brand new single, ‘Baaghi Tera Yaar’, produced by none other than his teacher, and currently the deadliest producer of this generation, Tru-Skool, whilst lyrics have been penned by renowned vocalist and lyricist, Raj Ranjodh.

‘Baaghi Tera Yaar’, a folk-style track, reminiscent of the ones heard in 80s Panjabi cinema, is sure to further stamp JK’s place in the industry, and to clear rumours claiming that he had left the scene. The music video, directed by Mani Atwal, also pays homage to this era in Panjabi cinema.

The short video below provides further insight by JK and Tru-Skool to the gap between the ‘Gabru Panjab Dha’ album and the new single ‘Baaghi Tera Yaar’.

More about the Music…

What is there to be said about Tru-Skool that hasn’t already been said in the past? The multi-talented instrumentalist and producer again lends his hand to production duties, and boy he doesn’t hold back. Coming red hot off the back of the unprecedented success of Ashok Prince’s album, ‘One Time 4 Ya Mind’, which reached a staggering Number 3 in mainstream iTunes charts, Tru-Skool now treats us with a musical delight of complex compositions and live instrumentation, encapsulating the real sound of Panjabi Folk.

The lyrics for this track have been provided by vocalist and lyricist, Raj Ranjodh, whom you may have already heard of, having featured on the track, ‘Jatt Raakhi’, earlier this year with production by Dr. Zeus.

You can purchase the single now on iTunes: