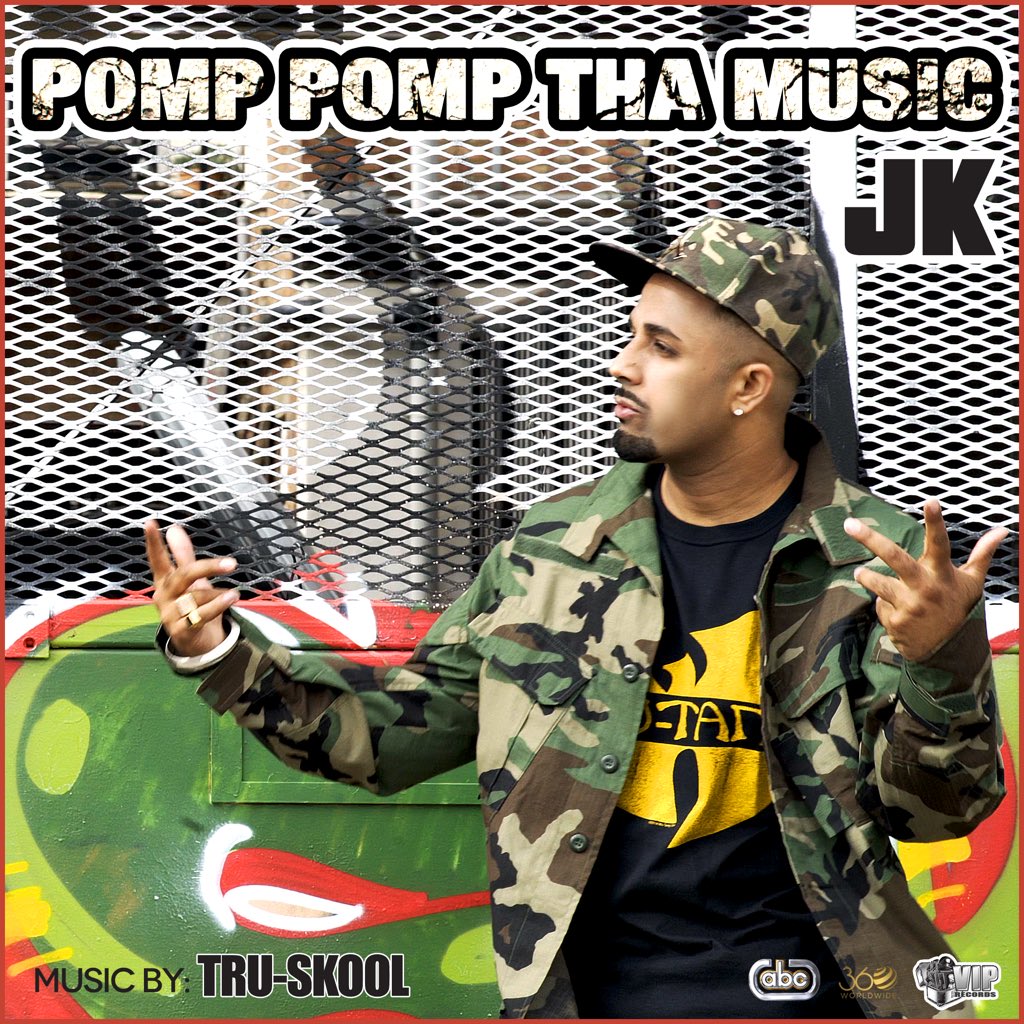 This time, it’s time to crank up the volume!

We know. It’s been 14 months since ‘Baaghi Tera Yaar’ came out. Just when you thought that stat was a shocker – wait for it. It’s been nearly 6 AND A HALF YEARS since his debut album, ‘Gabru Panjab Dha’ was released – and he’s still getting booked! To get bookings that long after the release of only one album is unheard of! That definitely means something. Without a doubt a sign of a modern classic.

One of Derby’s biggest exports, JK, marks his return to the forefront of the UK scene with his latest single, ‘Pomp Pomp Tha Music’. Partnering back up with his go to producer, Tru-Skool, who is hot off the press with his single with Diljit Dosanjh, El Sueño; this time, the Derby boys have flipped the script and are coming back with a track that is sure to pop some speakers!

Bhangra Tape Deck sat down with both JK and Tru-Skool, for an in depth insight into the new single and why they’re torturing us, making us wait so long for new music.

It’s been a while since ‘Baaghi Tera Yaar’ was released. Why the massive gap? We were hoping for an album this year from you.

Tru-Skool – We were hoping for an album as well, haha. We’ve been working on the album for a while, and it’s just not ready, which is very frustrating. This gap was not planned. We thought it was going to get done a lot quicker, and it was going to be moving along nicely; and now all of a sudden, there’s been a year gap. But having said that, the new single, ‘Pomp Pomp Tha Music’, should have been out in June. There has been issues with the video, due to miscommunication etc. Album wise, we’re just trying to get there as quick as we can.

JK: You know what it is with music, ideally you want something out in a certain time period. But the problem is when you’re making music, and other musicians and singers can tell you, you can’t just make it. It’s not like a factory, off the production line, sort of thing. There’s no set formula you follow. You can potentially fall into some big hole if you do that, because once it’s out, it’s there for life, you know what I mean? Sukh (Tru-Skool) makes music from his heart. An unfortunate by-product of this is that things get delayed, but at least it’s organic. It’s real.

Tru-Skool: I think one of the main reasons we’ve forgot to mention about the gap is family life, haha! We don’t get that stretch like we would before, where we can spend hours and hours in the studio. Now it’s like, you’ve gotta fight for the time.

How did the track come about? What’s the story behind it?

Tru-Skool: I had the beat for this track from way back when we were making ‘Jija Saali’. This is the ending no one got to hear. However, this beat was never intended for this particular song, until Jit (JK) wrote the lyrics.

JK: ‘Pomp Pomp Tha Music’ has been written by myself. Initially, we had a different track with a different hookline etc, which we did the guide vocal with. After showing the track to our families and close friends, it wasn’t getting the reaction we were hoping for, so we went back to the drawing board, changing the lyrics slightly, and then it started to get a better response from everyone.

Writing the song was a little bit of a challenge for me. I mean I wrote ‘Gabru Panjab Dha’ all those years ago, but if you look at the scene now, it’s completely changed. We’re trying to make songs with typical hooklines, as that’s the era we grew up in and we enjoy listening to. The lyrics on this song are half on that era and half the current stuff.

Tru-Skool: Lyrically, we don’t really enjoy the things that they’re talking about in Panjab. So it’s like, what do we do? With this song, we’re fully aware of lyrically what it is. But the bottom line is, for us it’s a track aimed at our domestic market. If we get anything more than that, then it’s a big bonus. 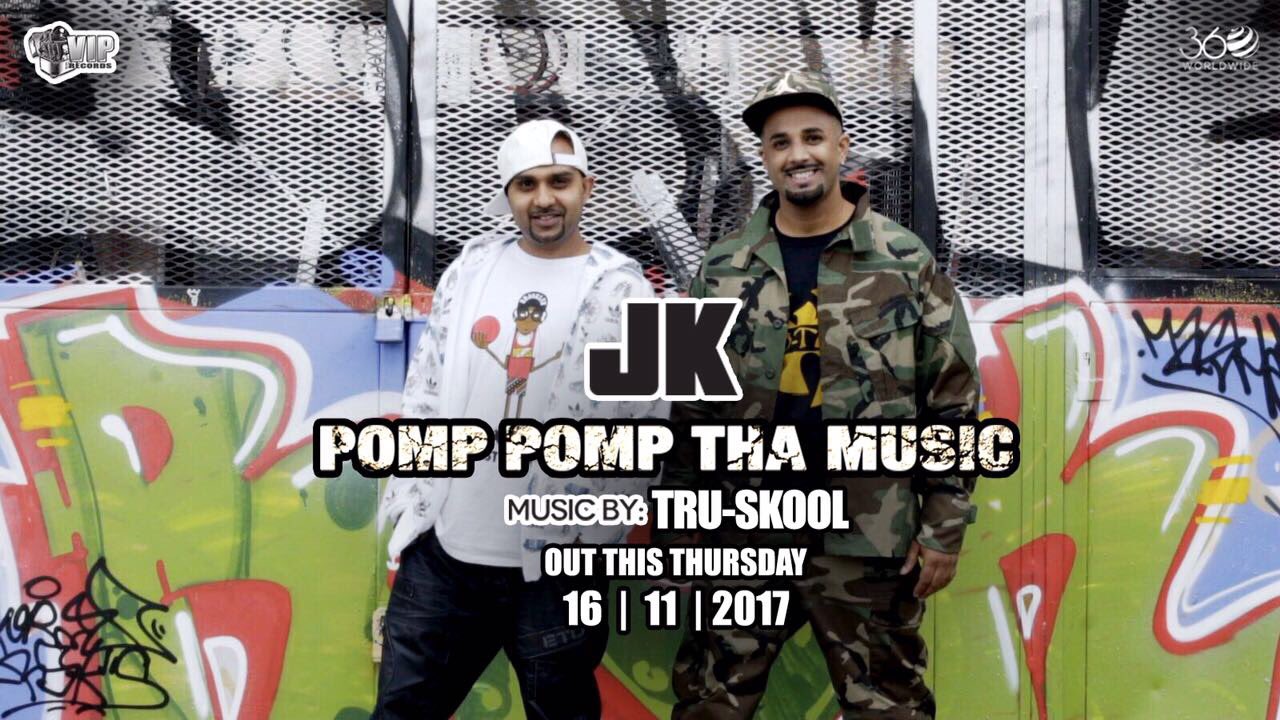 Going off the single artwork and title, ‘Pomp Pomp Tha Music’ definitely seems like we’re in for a treat. Without giving too much away, what can we expect from the track?

Both: We want you to put the volume up! Expect some basslines and some heavy beats!

Parts of the song, like the chorus, have been inspired by a very famous song from the early 90s. The song itself is quite spontaneous. The music has got quite a bit of variation. We mentioned before that the song was due to come out in June. Saying that, it’s got a very Summery sound. It’s a blend of Western and Eastern sounds. We highly recommend that you should definitely listen to the song in the car, with headphones, and on proper sound systems. Avoid listening to the track on your phone, because it’s not going to sound anything like it should sound like. You’re not going to get the full effect.

We just want to big up Satnam Singh (5 Rivers) from Canada – he has featured in the song. He’s done a few lines in the song, not in Panjabi, and Spanish for that matter, haha.

Picking the right tracks to release as singles prior to an album release is an art in itself. What made you choose this to be the next single from the highly anticipated sophomore album?

Both: We had ‘Baaghi Tera Yaar’, which was a very traditional Desi song. But this time round, it was like,”We’ve gotta come back with a beat heavy song now.” We never had any lyrics, nothing. All we knew was, this is the style, this is the vibe, and this is how we’re going to do it. That was pretty much how the direction of this new song was determined. The end product is something we’re very happy with. The journey of making this new song has been a wicked one. We’re really excited that we’re back in the market with new music. This time, however, we’re here to stay. There’s not going to be any more long gaps from here onwards. We’re going to be regularly releasing new music, covering a variety of different styles. Saying that, we can’t wait for you to hear the new album when it’s completed. We’ve worked very hard on it.

The scene’s changed a lot since your debut album, with the focus now being a lot more on the India artist. Do you feel that your comeback with this single and forthcoming album can help to bring the focus back on the UK market?

JK: When you’re in the studio and you try and make a song, all you’re doing is trying. As always, we’ve tried our best to make the best music we can possibly make. Lyrically, I’ve tried to write the best song that I can possibly write. Sukh’s gone crazy with the beat – it just sounds mental. When people hear that bass and hear them beats, it will make a statement. The album, when people hear it, should hopefully make some noise.

Tru-Skool: I think I preferred the market when it was segregated – obviously, the internet brought it all as one. I preferred it when India had its own market and the UK had its own, because you could enjoy both, and there was the best of both worlds. What’s happening now is that it’s all sounding like one. India’s stuff should have its own sound – but now they’re using all these sample packs and samples, making it sound all western. It then begs the question, where is all the pure Panjabi stuff gone? It’s quite funny, because the guys out there are making the Desi stuff after hearing the music coming out of the UK. It seems like we’re inspiring them to make Desi music, whereas it should be the other way round. It really does puzzle me sometimes. In terms of our stuff, it’s always aimed at the UK audience first. The UK is our domestic market, and that will always remain to be our primary focus. If our music reaches other countries afterwards, that’s a wicked bonus. 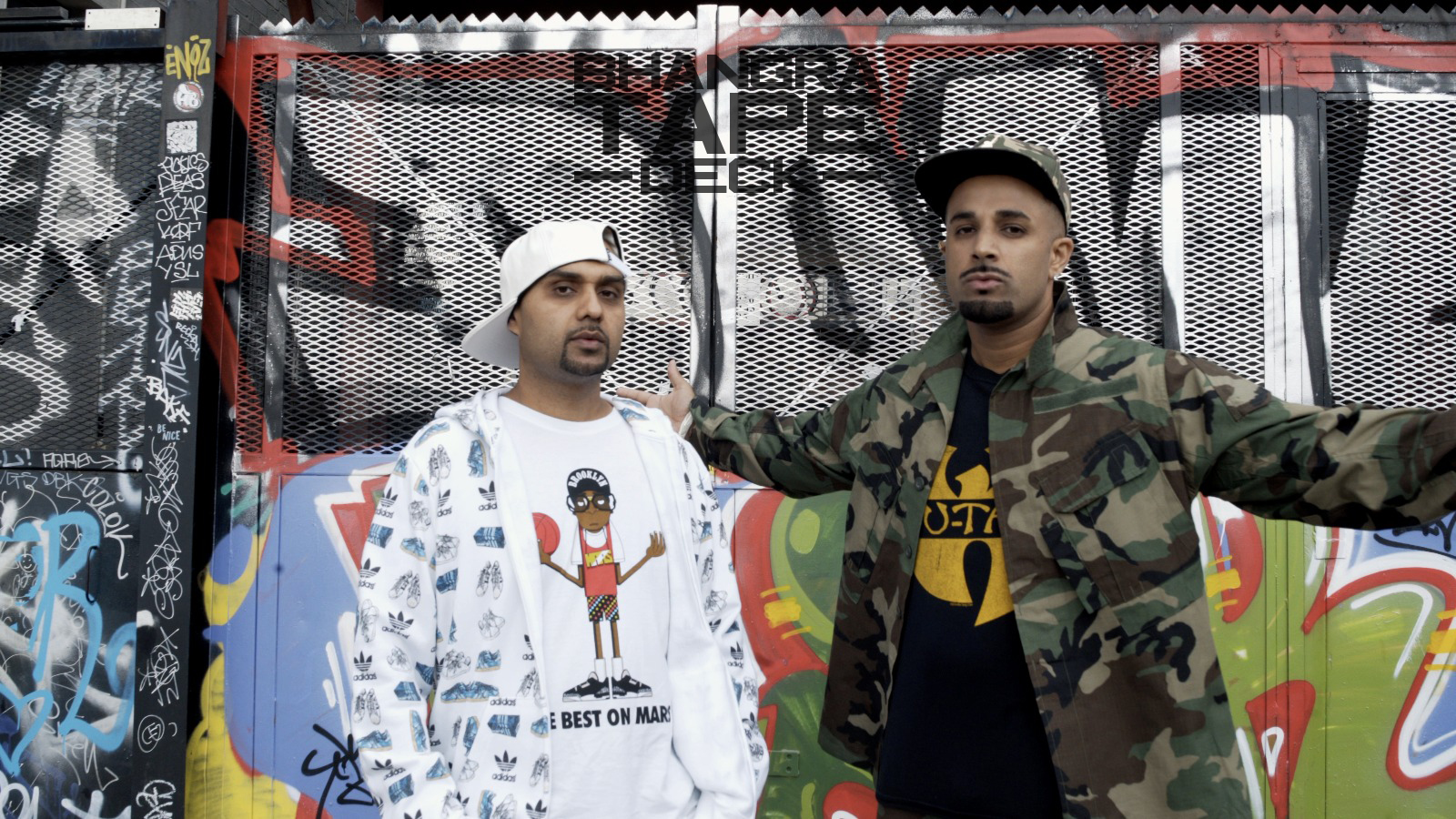 What’s the plan for the JK/ Tru-Skool duo leading up to the release of the album? Will there be more singles or will you guys be dropping the album now?

Both: There could possibly be one more single, or we might just drop the whole album. It just depends on if we get a good run in the studio together. If that works out, then in the next two and a half months, you could potentially see a whole album come out. The energy is key.

We just want to take this opportunity to thank everyone for their amazing support they’ve given us over the years. It really does mean a lot. It’s been a long time coming, but we’re back now, and we’re not going anywhere. We’re going to be working around the clock to get the new album as soon as we can. We’re looking forward to hearing what the public think about the new track, and hope they enjoy listening to it as much as we did making it.

‘Pomp Pomp Tha Music’ is available now to purchase, and is releasing via VIP Records on 16th November 2017.

Bhangra Tape Deck would like to thank JK and Tru-Skool for taking the time out to talk about their latest single.